We were beyond thrilled when we opened the envelope from France.  We knew we would be receiving mail from Isabelle, but didn’t know what she was sending us.  It was an invitation to her wedding!

Isabelle has been special to us from the moment she stepped off the plane that summer.  Though she was only with us for a month, it was a very special month in our lives.  She was part of our family and we have loved her as one of our children since that day.  Now to be invited to share this special day with her showed us that she still felt the same.

A trip to Europe was out of reach for us, but not a special gift and it took just minutes for us to decide that she would receive a quilt to commemorate this special occasion.  I will admit that I don’t believe I’ve ever gotten a quilt done as quickly as this one considering my busy schedule, and it was a labor of love the whole time.

For my fabrics, I selected the six shown here from the Honeymoon collection by Cotton+Steel.  I will admit that I considered nothing else, partly because of the significance of the name but also because of the beauty of these quality quilting fabrics. 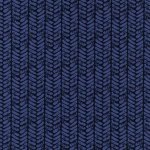 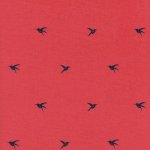 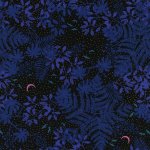 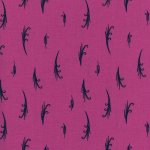 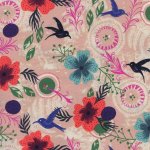 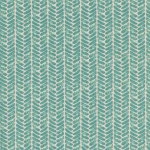 Again, name played a role in my selection of the pattern.  I chose Honor by Villa Rosa Designs – shown here. 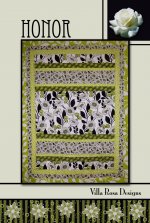 What I liked about the pattern design is that the fabric would be what makes this quilt stand out, not the design of the pattern itself.  The beauty of Morning Dew pops in the center of the quilt.  I also liked this pattern because it was simple to cut and piece, and that was a significant factor for me considering invitation arrived in late March and the wedding was early July.  I cut the fabric in a few hours and pieced the quilt top the next day.

I chose to use Palm – Periwinkle for the quilt backing.  Since it is a directional fabric, it was easy to piece it so that the seam disappeared, and so with another day’s work, I was ready to quilt it.

Because I wanted this quilt to be special in so many ways, I decided to hand-quilt it.  I chose quilting templates that included hearts to keep the theme focused on symbols of love and marriage.  The process was lengthy and tedious, but well worth the end result.  Shown here are some of the pictures I took of the quilting.  It isn’t perfection, but the quilting is includes love and prayers for the special couple and their family. 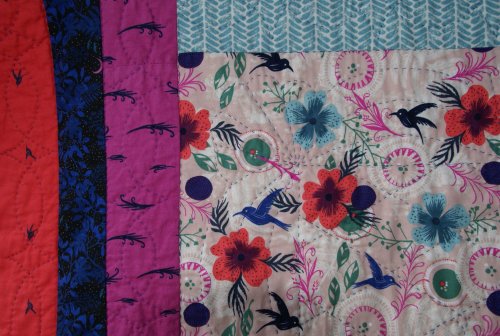 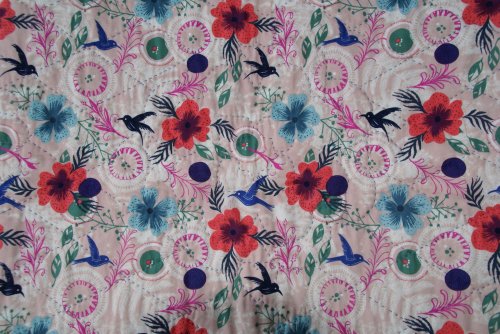 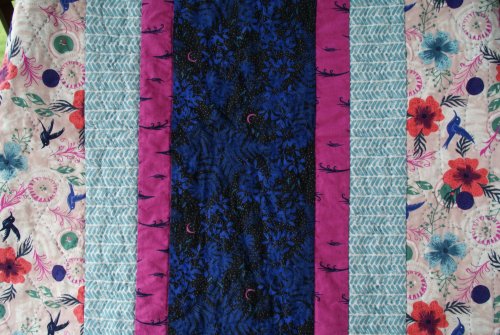 Finally, I chose the binding to blend the front and back of the quilt.  Using Palm – Dusty Blue pulled it together and with the addition of the label, the wedding quilt was finished.  I will admit that it arrived about six weeks late, but we knew that the happy couple would still appreciate it. 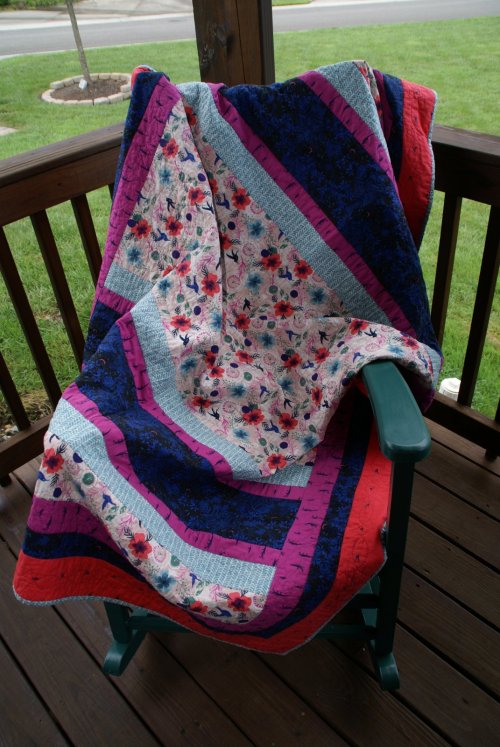 After they received it, we received a thank-you note.  They called it “splendid” and told us they loved the colors so they placed it on their bed, a place of honor.  That’s all we needed to hear – they love it as much as we do them!

Quilt completed August 2016; made by Barb Bergquist, a 25 year dedicated quilter and owner of A Block Away Quilt Shop. 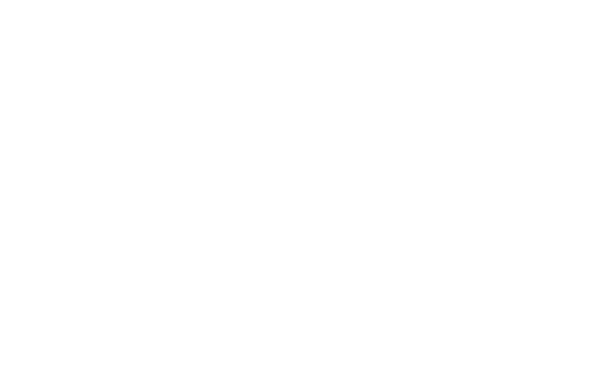